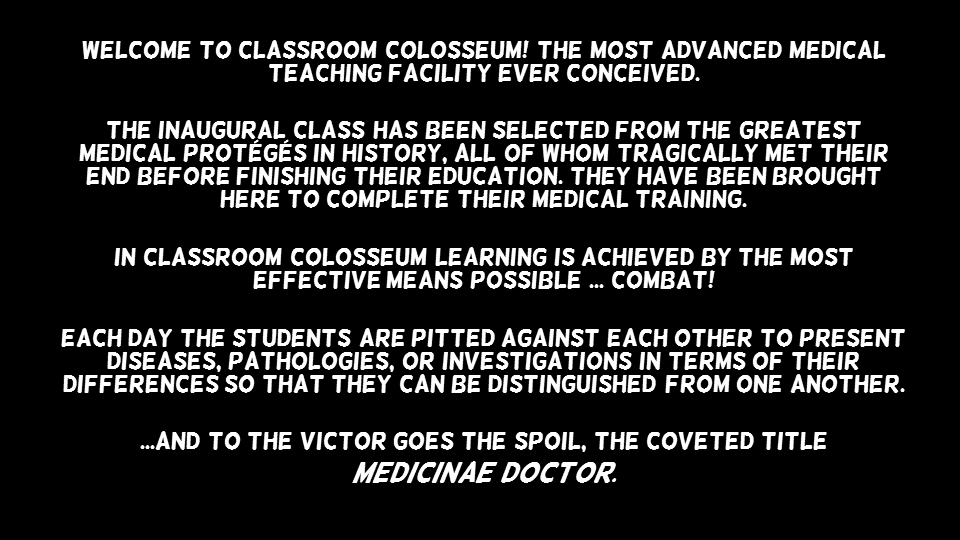 Once again, we take a detour from our usual posts to display some of the educational artwork we’ve been developing … END_OF_DOCUMENT_TOKEN_TO_BE_REPLACED

Ultimately Ritalin and Adderall belong to the same class of compounds, the phenethylamines. Ritalin is one of the trade names of the compound methylphenidate. It is also sold as Concerta and Biphentin which differ in dose and have small modifications to control release of the active compound. Adderall is a mixture of right and left handed enantiomers of amphetamine. Dexedrine is purely the right handed enantiomer of amphetamine, while Vyvanse is the right handed enantiomer with lysine attached, thus making it an inactive prodrug. All of these are stimulants and act on the release and reuptake of dopamine and norepinephrine. They are used primarily in the treatment of ADHD and narcolepsy.

AdenoMYOsis is in the MYOmetrium END_OF_DOCUMENT_TOKEN_TO_BE_REPLACED

I’m taking a break from my usual posts to showcase another project I’ve been working on.

I did a few neurology electives a while back and I spent some time on the stroke ward. After failing repeatedly to localize the lesions I realized my neuroanatomy knowledge was lacking. So I decided to try and learn anatomy the fun way … by building my own brain! END_OF_DOCUMENT_TOKEN_TO_BE_REPLACED

NMS (neuroleptic malignant syndrome) is a potentially life threatening condition thought to be caused by blockade of the dopamine D2 receptor pathway. SS (serotonin syndrome) is also a potentially life threatening condition associated with increased serotonergic activity. Both conditions result in mental status changes, fever, dysautonomia (autonomic dysfunction), leukocytosis, and neuromuscular symptoms. Both conditions have a wide array of possible presentations, and both conditions are clinical diagnoses (lab tests do not confirm the diagnosis).

Generally speaking, SS has a more rapid onset (symptoms present within 24 hours of starting a drug or changing a dose) whereas NMS takes several days or weeks to appear. SS involves neuromuscular hyperactivity (e.g. clonus, hyperreflexia) whereas NMS involves bradykinesia (typically “lead-pipe” rigidity). In SS the clonus can involve the eyes and pupils can be dilated, neither of which occur in NMS. Both NMS and SS cause hyperthermia, but shivering is apparently unique to SS.

Treatment is similar for both conditions. Remove the offending agent and provide supportive care to normalize vital signs and prevent renal damage. Sedation with benzodiazepines may be considered. Resolution of the syndrome with treatment occurs over hours with SS, but can take days to weeks with NMS.

(this is taken from an article by Christensen in Current Psychiatry)

S – Sweating (anticholinergic toxicity, in contrast, has a similar presentation, but with hot, dry skin) END_OF_DOCUMENT_TOKEN_TO_BE_REPLACED

The hotly anticipated third installment of our SECRET ORIGINS series …

Come meet the members of the Medical VS class in these exciting features. Learn their stories, their medical training, their combat skills AND find out how each one met their unfortunate demise.

Atropos was born in 154 AD in a small Germanic village on the banks of the Elbe in the Kingdom of the Marcomanni. Her father pledged her to a tribal leader as part of a debt repayment while her mother was still pregnant with her. As such, she was named Gisila at birth. Throughout her infancy she was traded amongst various tribal leaders until she ended up in the household of Ballomar, the Marcomannic King. She was a precocious child and he greatly favoured her, so much so that she was given the peculiar honour of a rudimentary education. At the age of 10 she learned to read and write Latin and became quite useful during the Germanic negotiations with the Roman military governor Marcus Iallius Bassus. Much to Ballomar’s dismay, she was given to the Romans in 167 AD as part of a truce agreement. As the Marcomannic wars exploded she was shipped to Aquileia and imprisoned briefly as her foster father Ballomar’s army besieged the city. END_OF_DOCUMENT_TOKEN_TO_BE_REPLACED

When in doubt, it’s the Rh D antigen. END_OF_DOCUMENT_TOKEN_TO_BE_REPLACED

Fluid that collects in extracellular, extravascular spaces can be either exudative or transudative. Exudative fluid arises from inflammatory processes that make vessel walls more permeable to both fluid and proteins which allow them to exit the vessels and collect in the extravascular spaces. Transudative fluid exits the vessels due to a pressure differential between the intra and extravascular space (either hydrostatic or oncotic), but typically does not contain proteins since they are too large to squeeze out of the vessels. A fluid sample can be tested according to Light’s criteria to determine if it is exudative or transudative.

ADLs (activities of daily living) are the basic necessary daily self-care tasks people are required to perform such as bathing, dressing, toileting, grooming, and self-feeding. They are sometimes called Basic Activities of Daily Living (BADLs) to differentiate them from IADLs (instrumental activities of daily living) which are slightly more complex tasks that people are required to perform in order to live independently in society. These include shopping, banking, housework, and cooking among others.

E – eating (specifically feeding oneself, but not necessarily cooking or chewing or swallowing)

A – ambulation (walking and transferring)

T – toileting (including cleaning oneself afterwards)

A – accounting (including banking, management of finances)